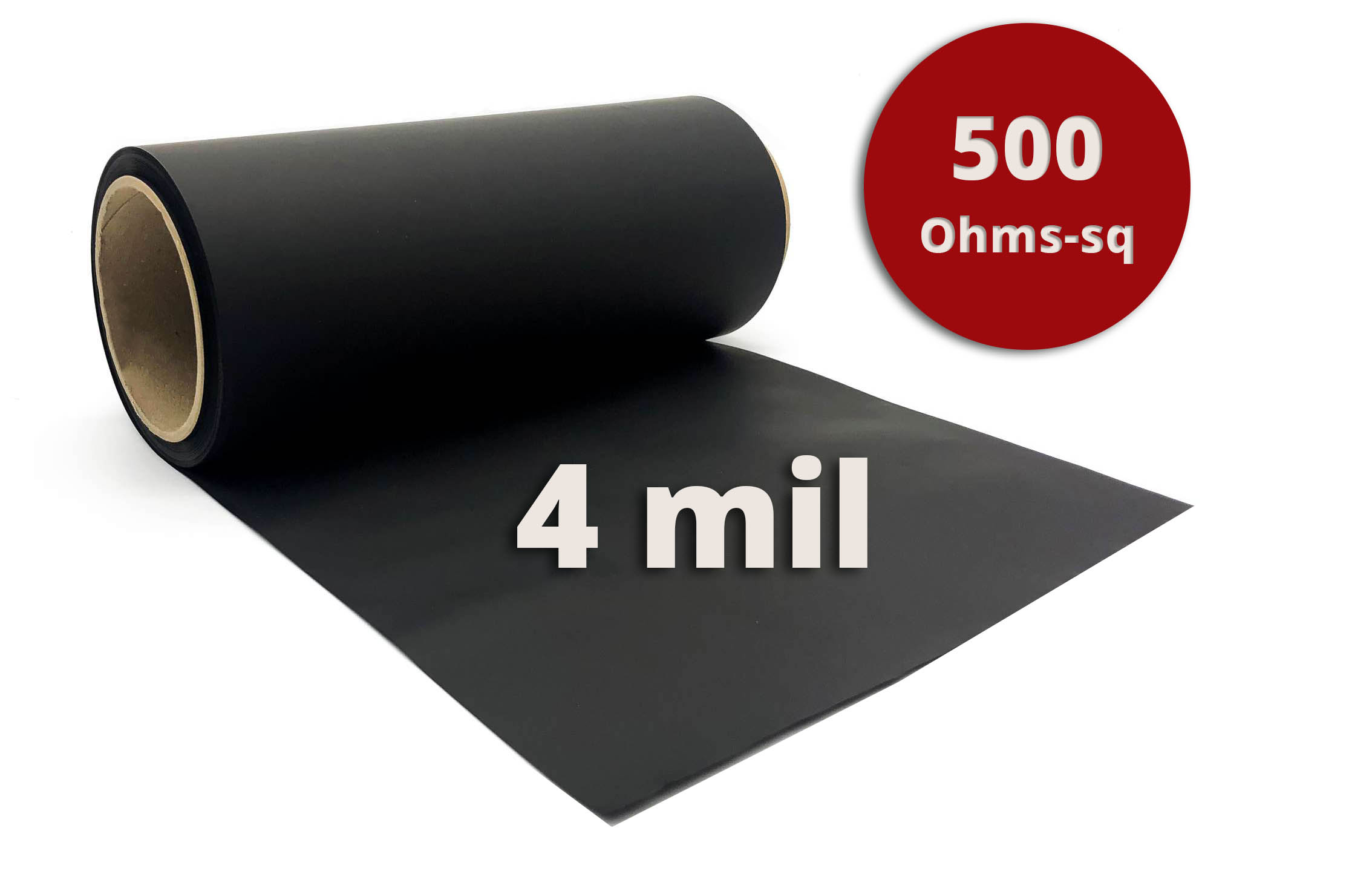 CAPLINQ LINQSTAT XVCF-S Series is highly conductive volume conductive polyethylene film similar to our standard VCF-Series film but with a higher electrically conductive carbon loading and a denser polymer mix. This combination allows us to offer to grades of XVCF-Series films: XVCF-BTS Series and XVCF-ALS Series.

Our LINQSTAT XVCF-BTS Series films have a higher carbon loading than our standard VCF-Series films. This higher carbon loading gives us a lower resistance and as such, a higher conductivity. We come to a physical limit on how much carbon this plastic can be loaded before other properties are adversely affected, and so to get even more conductivity, we need to go to a more dense polymer matrix as we have done with our XVCF-ALS series films. The result of this denser matrix is a higher conductivity and better mechanical properties, but this comes at a cost penalty that can make the XVCF-ALS Series film up to ten times more expensive.

Our LINQSTAT XVCF-ALS Series films are our most conductive to date. Using a premium polymer and process, we are able to increase the conductivity and thus reduce the surface resistance of the plastic to as low as 50 ohms-per-square. This premium polymer requires also that we use a premium process to produce the film, which has a consequence that the price of the material can be as high as ten times the price of the XVCF-BTS Series films. If your application justifies the price, and you want the best conductive plastic, then our LINQSTAT XVCF-ALS Series films are the best we can offer.

CAPLINQ LINQSTAT XVCF-S Series film and its conductivity are unaffected by humidity and age. The film is heat-sealable, flexible and offers exceptional abrasion resistance. The film gives good thermal stability and has outstanding chemical resistance. It has a standard thickness range from 50μm to 100μm (2 mil to 4 mil) and is available in various lengths, widths and thicknesses.

Due to its low-resistivity and its resistance to a range of chemicals and alcohols, LINQSTAT XVCF-ALS Series films are suitable for use in electrodes. Its matte finish allows it to be printed on, and the low material thickness makes it flexible to adapt well to a range of contours.