The market is definitely calling for electrolyzers. Biogas plants for example, use the electrolyzers that generate the H2 to convert Carbon Dioxide into Methane and water. They are also used for Hydrogen fuel, for electromobility applications and power grid stabilization. Finally, remote hydrogen production, not necessarily for energy storage, but for the production of hydrogen is really driving the use of electrolyzers.

There have been interesting attempts to use an electrolyzer to combine with Nitrogen. That combination creates ammonia and that is what is actually used to generate electricity. By using ammonia as an energy source, there's no carbon dioxide that's burned off in the process.

In the PEM electrolyzers we are mostly referring to the Cathode stack where the GDL is used as a current collector. On the anode side, Sintered titanium is still used but it is much more expensive and companies are looking for ways to move away from it. Carbon panels are a great proven substite that have been successfully qualified as current collectors.

As opposed to carbon paper, felt or cloth, the process of making the carbon panels allows them to be produced in very thick sheets. At the same time we are able to get very dense materials as well. So, the uniqueness of the carbon panels is the ability both a thick sheet and a very dense sheet. One of the thicker grades that we have right now is LINQCELL GDL 2900, a 2.9mm carbon panels/plate.

Compared to sintered titanium there's a thickness advantage for the carbon sheets. Sintered titanium can also be made thicker, but there's a liner relationshipt to the cost of the material. Carbon plates though do now have a linear cost relation when you go to thicker substrates. On the cathode side, there's also the long term reliability concern where compressed hydrogen makes sintered titanium malleable. Carbon panels do not exhibit the same effect.

These sheets can also be compressed quite significantly. 20% compressibility is not uncommon, depending on the grade, something that also creates a nice seal that aids with avoiding leakage. Sintered titanium on the other hand is not compressible at all. Pore size on Sintered titanium can be around 20-100um with a 30-50% porosity whereas carbon panels have a random pore distribution with an average pore size of 20um and a porosity of 70-75%. To add to that, Microporous layers can be applied directly on the carbon panel while in the case of sintered titanium a standalong MPL layer is required. Finally, the cost of carbon papers is significantly lower than the one of Sintered titanium, which can be twice as expensive in lower volumes.

How can you reduce the cost of PEM electrolyzers?

When we are looking specifically on how we can reduce the cost of the panels themselves, there are three areas that we're focusing on.

One area is to optimize the furnace runs. Furnace runs up to 2000°C are very expensive. With the rising cost of energy this is one the most importan aspects of carbon panel production since this is almost one third of the cost. If we can optimize those and make sure that ovens are always full and we are taking full advantage of the space and consumed energy, we will be able to reduce the cost of the panels. This means that low volume run are very expensive since we are consuming the same energy either with 1 sheet or with 10000 sheets. Optimization is key. That's why there is a linear relationship between cost and the number of units produced.

Another one is machining costs. If we can work together to be able to accept a greater tolerance, then the machining cost which represents almost a third of the final cost can be reduced.

Finally, it comes down to materials and size. If you are asking for die-cut circles there is going to be a long of materials waste and machining cost. Custom molds can be made but the volumes and commitment needs to be there, in order to justify such an investment. 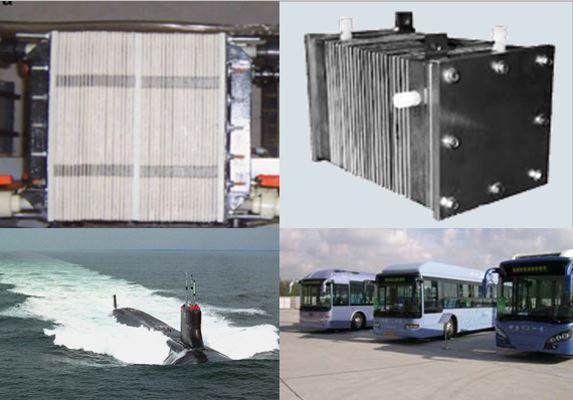 LINQCELL GDL1500  are optimum for use as Cathode (Hydrogen Side) Current Collectors in PEM Electrolyzers. Unlike the standard thin/low density Gas Diffusion Layers (GDL) that are intended mainly for PEM and PAFC fuel cells, the Spectracarb Porous Graphite Engineered Panel Family has been specifically engineered for the special requirements of PEM electrolyzers. Features include thicker structures of from 1.5 to over 4 millimeters, and densities up to 0.95 g/cm3. These panels also have controlled compressibility to support the external forces from the assembly. In additional to several standard grades, these engineered panels can be made on a laboratory, prototype or production scale to meet specific customer requirements.

Watch our presentation on PEM electrolyzers as current collectors, in Hannover Messe 2016.

Please note that Spectracarb has since been discontinued and replaced by the much more efficient LINQCELL product series below:

All values are indicative and subject to tolerance