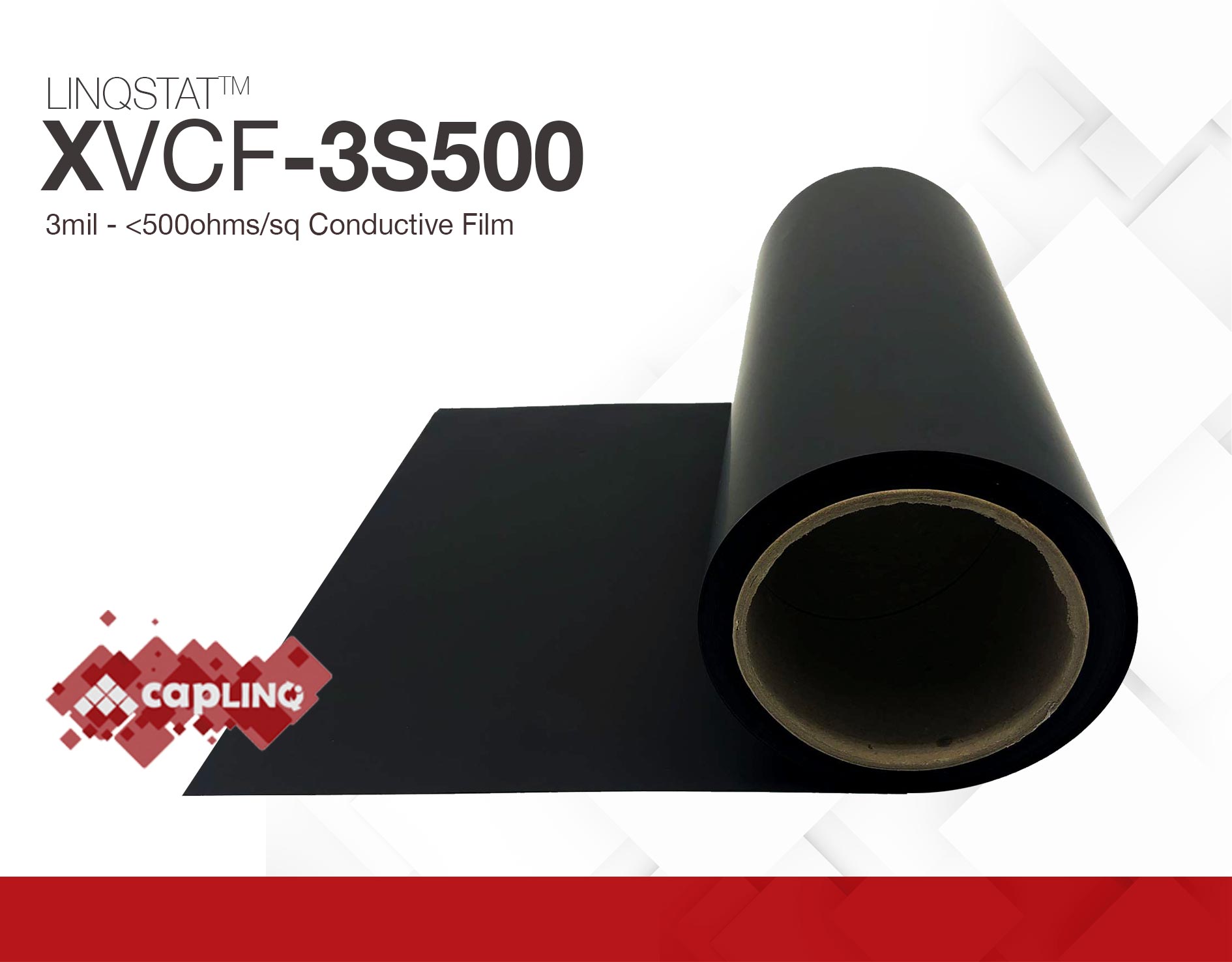 LINQSTAT™ XVCF-3S500 is a highly conductive conductive polyethylene film similar to our standard VCF-Series film but with a higher electrically conductive carbon loading and a denser polymer mix. Having a surface resistance of ±500 ohms/sq, this extra loading makes the XVCF-Series more conductive than our standard film and allows it to be used in applications that require a lower resistivity. In addition, the film is volume conductive, claiming a mere 50 ohms-cm volume resistivity.

LINQSTAT™ XVCF-3S500 film and its conductivity are unaffected by humidity and age. The film is heat sealable, flexible and offers exceptional abrasion resistance. The film gives good thermal stability and has outstanding chemical resistance. It has a standard thickness of 76µm (3 mil) and is available in various lengths and widths upon request. The standard core size is 3" but some widths are also available with a 6" core.

Given its low surface resistance, LINQSTAT XVCF films have been successfully used as a pressure sensor making them useful for applications that require more conductivity to be able to detect more subtle pressure differences.

Due to its low-resistivity and its resistance to a range of chemicals and alcohols, these films are suitable for use in electrodes. Their matte finish allows them to be printed on, and the low material thickness makes them flexible to adapt well to a range of contours.

We have recently changed our SKUS. To help you search for them either on google or on our website here's a before and after table. As you can see we went for the "Product codes that make sense" approach: