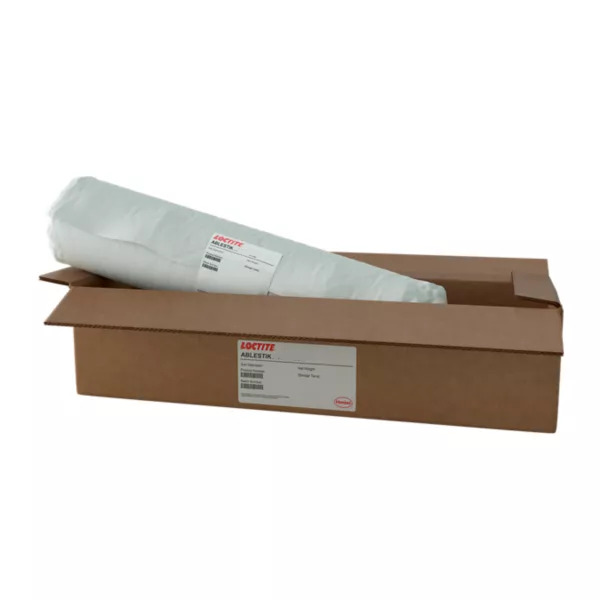 LOCTITE ABLESTIK BSP 125 black hybrid film is designed for WLCSP back side laser marking and chip protection applications. A package using this material will have an overall improvement in package reliability.

Wafer-level Chip Scale Packages (WLCSPs) certainly rank among the key enablers of smaller, thinner, higher functionality devices that are driving advances in mobility, integration and expansive connectivity (IoT). Undoubtedly, the mobile phone market has been the primary catalyst for the growth in WLSCP packages in recent years, though there are several other applications that benefit from the thinner, higher-density ball count capabilities of modern-day WLCPS. While mobile phones will remain important consumers of WLCSPs, the trend toward prolific connectivity through new wearable devices, among other technologies, will help maintain the 15% [1] annual growth rate projected for WLCSPs over the next two years.

With the decreasing dimensions and finer ball pitches come increasing wafer processing and handling challenges. Die chipping and cracking, wafer warpage and damage during the SMT placement process onto the PCB substrate are all potential obstacles that have to be overcome for high-yield WLCSP production. Recent advances in film technology have resulted a new class of materials that help alleviate some of the traditional obstacles with handling and reliability of WLCSPs. Novel backside protection (BSP) films offer packaging subcontractors a technique that helps reduce mechanical damage, while improving laser marking performance and reliability.

Some of the more notable film innovations in recent years have come from Henkel Adhesive Electronics. The industry’s first conductive die attach films were introduced by the materials leader in 2011, while other significant film successes include thermal formulations and non-conductive die attach materials. Building on the company’s know-how in this field, Henkel has developed a unique Backside Protection (BSP) film to enable production of today’s WLCSP devices.

The BSP film application process is simple and allows use of established lamination and dicing equipment. BSP film is laminated onto the wafer, heat cured and laser marked. Dicing tape is then applied prior to die singulation. It is a clean, dry process and allows for elimination of the fillet, while limiting outgassing and bleed.

LOCTITE ABLESTIK BSP 100 can accommodate various bondline requirements and helps eliminate the need for subsequent mold compound processes. The material is black in color, which not only promotes high visibility of laser markings, but also serves to block light and provide surface protection, helping to keep the circuit surface free from any handling damage.

One of LOCTITE ABLESTIK BSP 100’s primary competitive advantages is its excellent reworkability on both 8” and 12” wafers. In the event that the film needs to be removed from the wafer, LOCTITE ABLESTIK BSP 100 is easily peeled off the wafer, leaving no residue. The packaging subcontractor can then reapply the film as per the process noted above. In testing, competitive materials, particularly with respect to 12” wafers, have shown removal difficulty which can result in wafer damage or the requirement for subsequent cleaning steps.

As for its laser marking clarity, LOCTITE ABLESTIK BSP 100 has exhibited excellent laser marking performance both prior to cure and after reflow, as shown below. This is critical, as the device ID is essential to inventory management, quality control and process tracking.

Warpage performance is also an advantage of LOCTITE ABLESTIK BSP 100. After reflow, the Henkel material showed less than half the warpage exhibited by competitive materials. It has little thickness change from pre-cure to post-cure, delivering stability and uniformity. And, when it comes to reliability, LOCTITE ABLESTIK BSP 100 is also superb. The material passed MSL1 (3x reflow), thermal cycling testing of 500 hrs., pressure cooker testing (PCT) of 168 hours with excellent adhesion after cure and no delamination after thermal cycling.

While WLCSPs have been part of the miniaturization conversation for years, their ability to push dimensional limits has been inhibited by handling and processing challenges. Henkel’s new LOCTITE ABLESTIK BSP 100 sets the stage for improved WLCSP reliability and product integration, overcoming past obstacles and enabling future development. - H.Jung (Henkel)