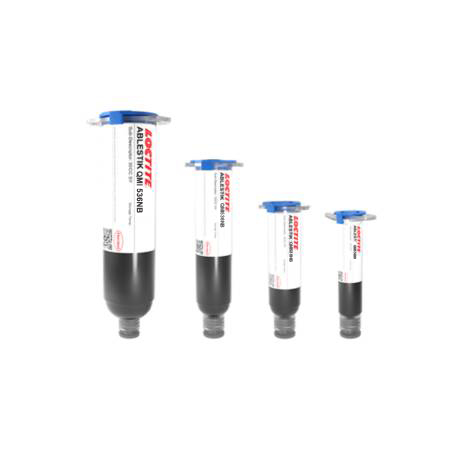 LOCTITE ABLESTIK QMI536NB creates packages and devices that have high resistance to delamination and popcorning after multiple exposures to lead-free solder reflow temperatures. It has good optical performance with high transmittance, Optical Density and HRI and is  a great solution for ASIC attach and LED attach.

LOCTITE ABLESTIK QMI536NB is a Bismaleimide (BMI) based product. QMI products are typically lower modulus at 25C vs epoxies and therefore lower in strength. They make up for it at higher temps where they are typically higher in strength than epoxies, something very beneficial during reliability testing. At the same time their lower modulus (“flexibility”) is also leading to less stress during temp cycling, temp shock and vibration testing. Because of their high temperature stable and hydrophobic properties, such BMI materials have replaced many epoxy die attach materials when Pb free 260 reflow had to be survived.

LOCTITE ABLESTIK QMI536NB has been developed as a medium modulus (300MPa) and fast curing “No Bleed” dispense paste that is widely used for die attach in automotive sensor and consumer electronics applications. It can be cured at low temperatures down to 80°C and has a Dielectric Constant value of 3. You might also be interested in QMI 538NB that has a lower modulus (100MPa) and is used in MEMS and die stacking from the initial steps.

LOCTITE ABLESTIK QMI536NB has also been used successfully as an encapsulation in MEMS microphones in the past. The ~300 MPa modulus made it an ideal candidate for such an application when cured at 120°C

How can we limit bleeding on non traditional finishes?

Bleeding is a complicated topic and very surface finish dependent. QMI 536NB has certain "Anti Bleed Agents", but is optimized to most commonly used lead frame finishes. As QMI 536NB is BMI resin based, it can be SNAP cured as well (comparable to QMI 519 and 550 for instance). In theory, 30sec @ 160°C or 1min @ 120°C should already cure this product for ~90%. It will probably take longer to develop full adhesion and relax the bond line, so a "post cure" bake of around 30min at 150°C would be good to finish full cure (or done during Post Mold Cure). Even few seconds @ 160°C will be sufficient to "gel" the material and stop any further bleed. Note that this is all based on bond line = adhesive temperature, so in oven this would need more time to warm up. This is a practical option to stop/reduce the bleeding of QMI 536NB on non-traditional finishes.

For volume production, die bonder suppliers may be able to fit a heater just after the die placement position. Another thing that might reduce the bleed is to bake the parts immediately before die attach – to make sure that they are dry (30min @ 125°C should be OK). 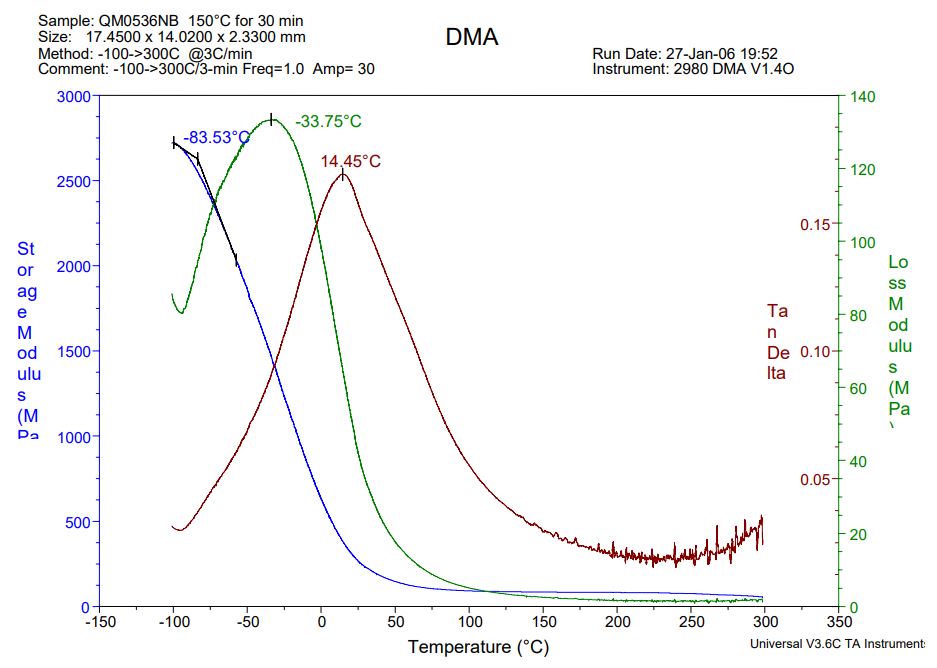 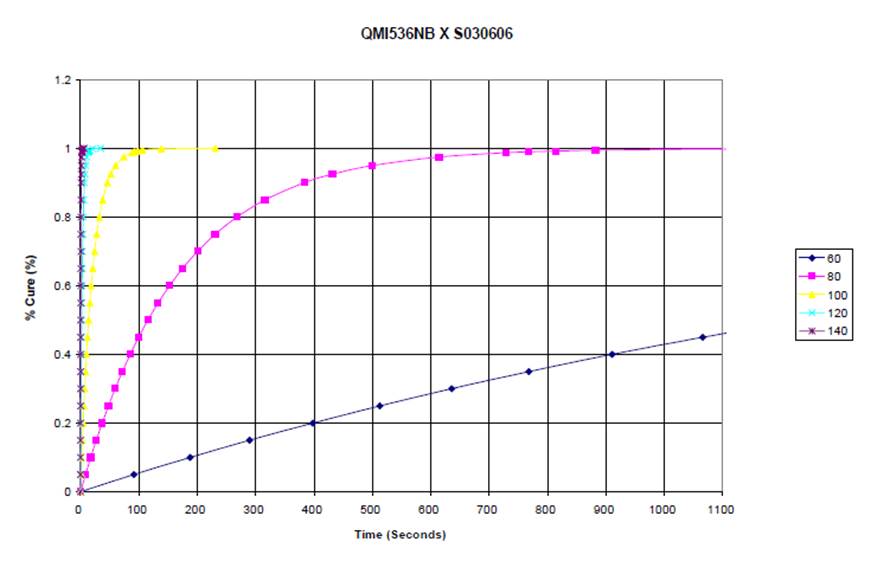 Pull strength of Bismaleimide based resins in different temps
It has been observed that BMI based hybrids do not perform well on pull tests. BMI resin based QMI products are typically lower modulus at 25°C vs epoxies and therefore lower in strength. But, and that's the most important point, at higher temps they are typically higher in strength than epoxies, something that benefits high temp operation applications up to 200°C !

Since it contains silanes, is this a silicone or an epoxy based resin?

BMI resin based adhesives are Silicone free! Silanes are added in small quantities as adhesion promoter. And to add to that since you're wondering how to classify it, we’re not aware of any BMI/epoxy cross contamination.

What is Optical Density?

Optical density is a logarithmic intensity ratio of the light falling upon the material, to the light transmitted through the material:

QMI538NB is a lower modulus alternative for MEMS and die stacking from the beginning.